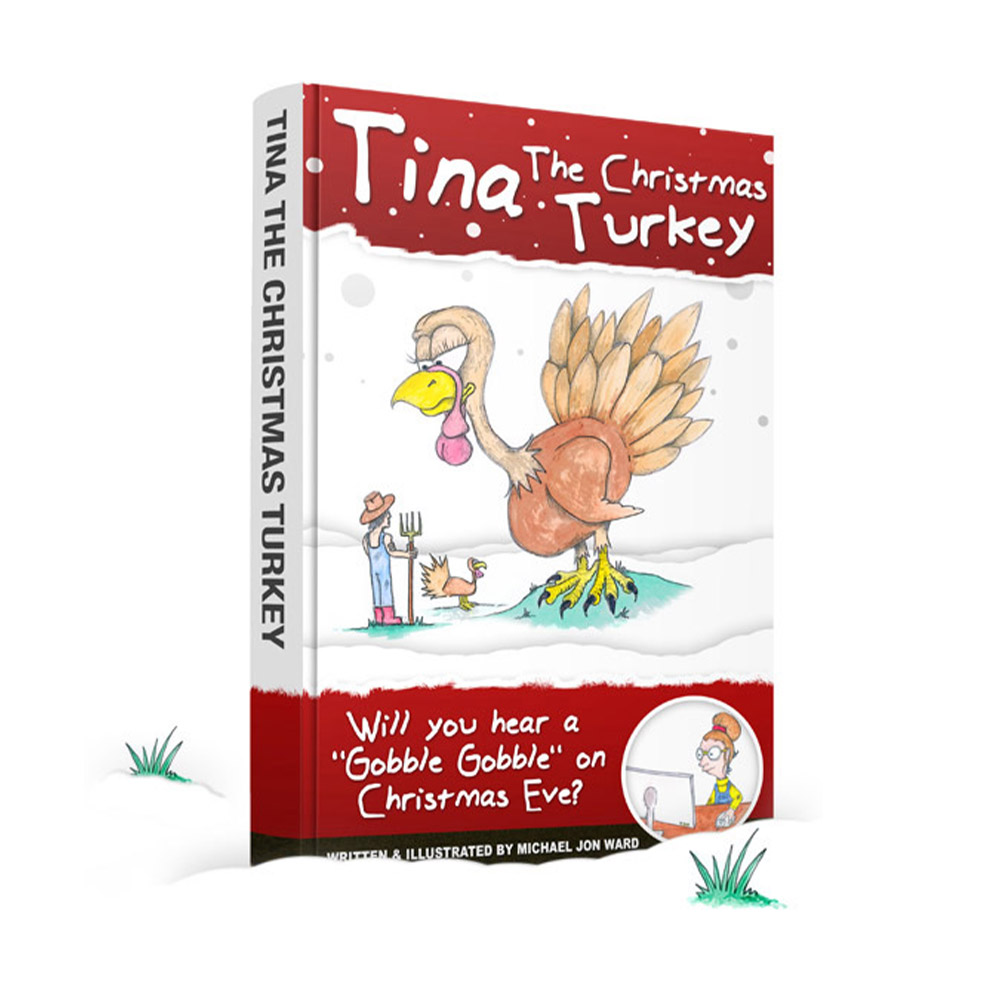 Tina was a proud turkey, with a flap of skin around her neck much longer and wrinklier than all her friends possessed. Imagine a “Gobble Gobble” so loud that young children ran to their mummies, cats climbed trees and dogs hid behind their owners legs! Yes, Tina was a big feathery bird – a bird you would not want to mess with! 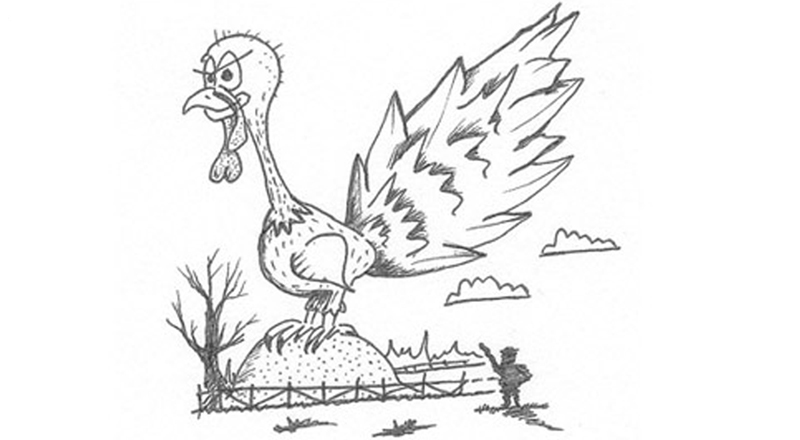 Our story starts with Dorothy the farmer’s wife. One day she decided to buy some exotic clover weed in order to fatten up her flock for Christmas. Little did she know that those tasty green pellets contained moo-turkey-compost, a rare and highly powerful ingredient that could make a turkey grow as big as a house! 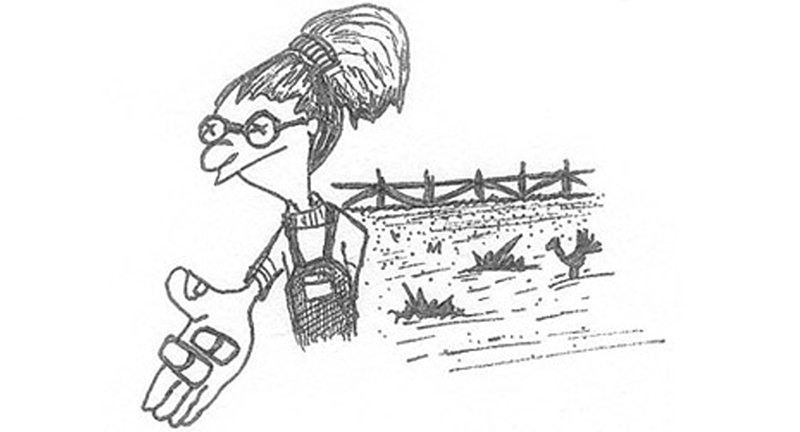 In a quiet sleepy village one winters morning, when most of the town folk were fast asleep, Dorothy the farmer’s wife could be heard for miles around, “Clifford, wake up!” her call echoed down the valley! 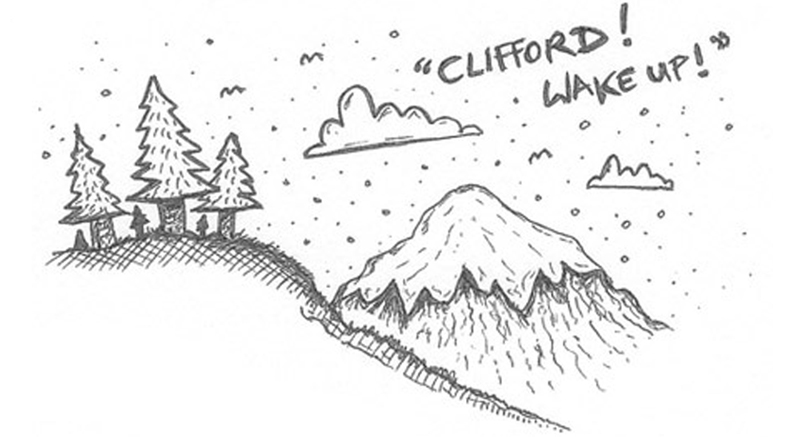 Clifford was a simple man, from a long generation of turkey farmers, his father famous for producing the largest turkeys in the land. Flabbier Turkeys Limited was established in 1845 and supplied all the important people with their Christmas turkeys. Clifford’s order book included the personal telephone numbers of queens, kings, presidents and movie stars! Big birds equalled big business… 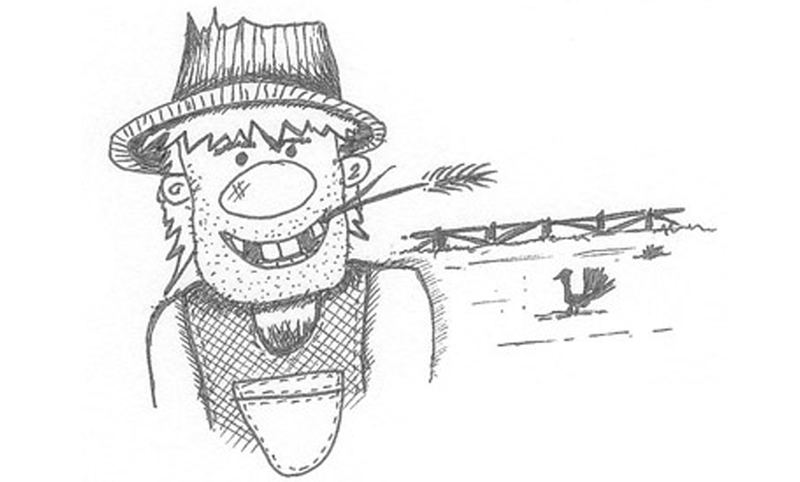 So, back to our story. “Clifford, wake up you lazy man!” yelled Dorothy, “You have to see this!” Clifford rubbed his eyes before rolling out of bed, his feet landing directly into an old pair of wellington boots. Still half asleep, Clifford headed off in the direction of the turkey compound. 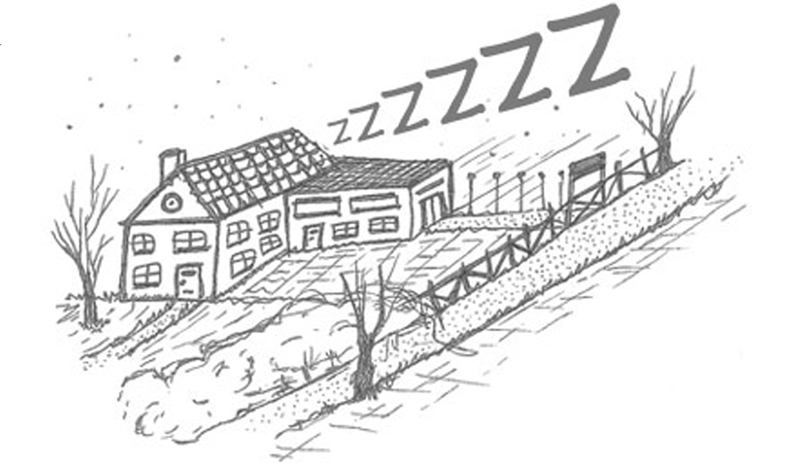 Flabbier Turkeys Limited was renowned across the globe for its luxurious turkey health spa with five star turkey accommodation. For Clifford to reach Dorothy he had to pass several security checks and this took time. “Clifford, what is taking you so long?” asked Dorothy, trying to speed him along. 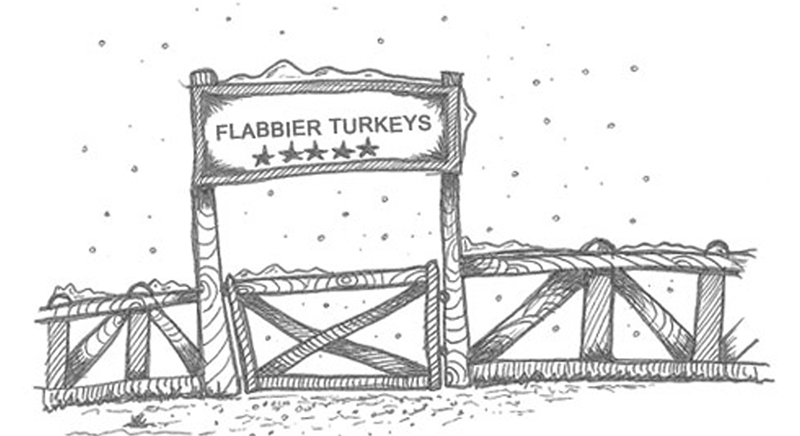 On reaching the last security checkpoint Clifford felt the ground beneath his feet start to tremble. Not really paying much attention to the tremors, Clifford proceeded to enter a very long password into a keypad on the wall. He hit a big green “OPEN” button with the palm of his hand – two large metal doors slid open to reveal a tropical paradise hidden within the old wooden barn. 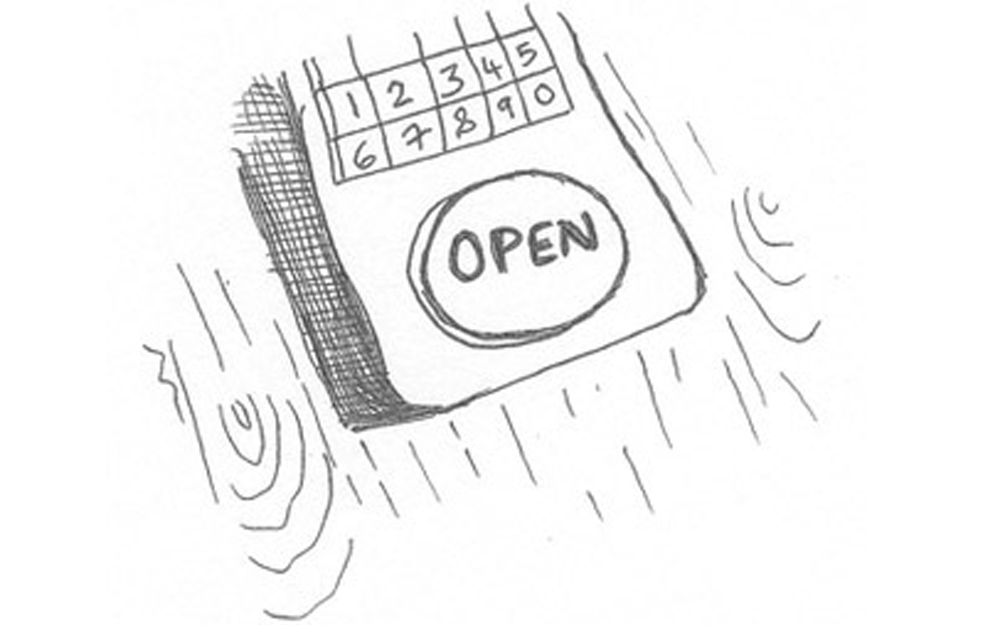 Next Clifford adjusted the volume of soft classical music playing throughout the building. “Dorothy, where are you?” Clifford called out, stepping over turkey sun-beds and brushing past miniature plastic palm trees. “These turkeys have a good life” he muttered under his breath… Out of the shadows a hand appeared grabbing Clifford on his shoulder. “What took you so long?” his wife whispered.

A very loud “Gobble Gobble” echoed down the hall, shaking picture frames and causing the lights to flicker above their heads. The two tiptoed down a small flight of stairs with framed photos of prize winning turkeys hanging on the walls. 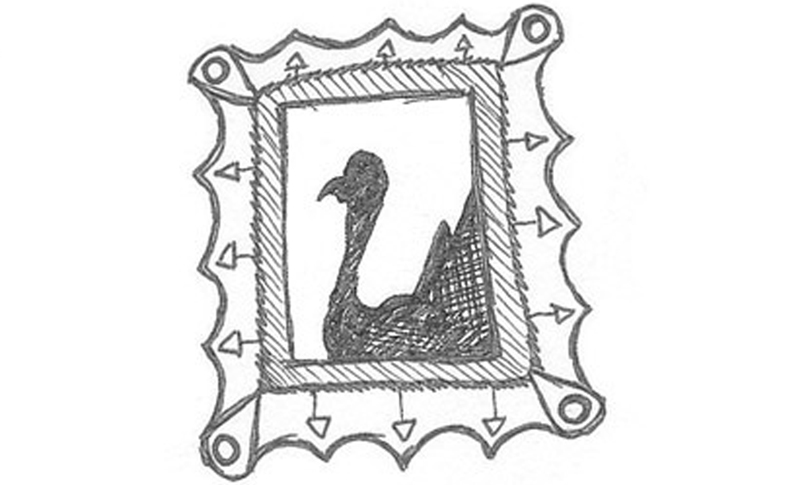 What is going on?” asked Clifford, grabbing Dorothy by the hand. “Shhhh” replied Dorothy, “Something magical has happened, now be quiet and follow me!”As they arrived at the turkey sleep-zone door, the loud “Gobble Gobble” noise stopped! “This doesn’t feel right…” said Clifford.

Dorothy quickly entered another security code which opened the sleep-zone door. The room was dark and silent. All the turkeys had huddled up together on one side of the room. On the other side, sitting in the shadows sat the biggest turkey you had ever seen!. “We will call her Tina” Dorothy announced.

Following the discovery of Tina, life would never be the same for Dorothy, Clifford and Flabbier Turkeys Limited. Rumours began to spread of a turkey the size of an elephant, with tail feathers that fanned out for miles turning daylight into night. Within weeks the world’s press had set up offices in the village and photographers stationed themselves outside Flabbier Turkeys Limited day and night. 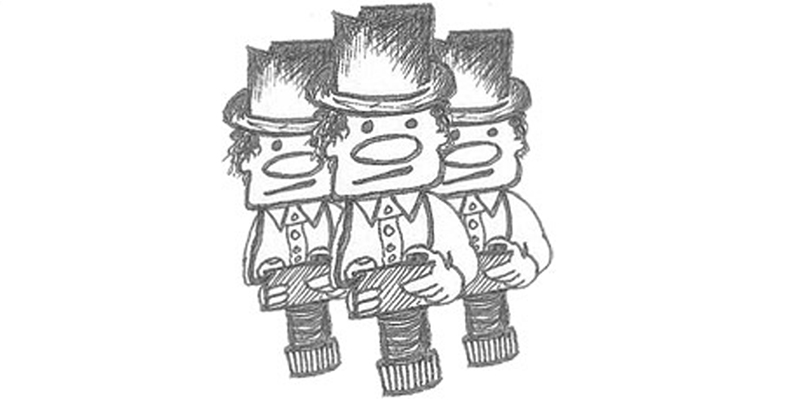 Then, on a cold December’s morning, reporters could be heard shouting out “Come on Mr Flabbier, show us your bird!” The crowds grew bigger and people became impatient. “Mr Flabbier, is it true you called the turkey Tina?” – “How much does she weigh?” 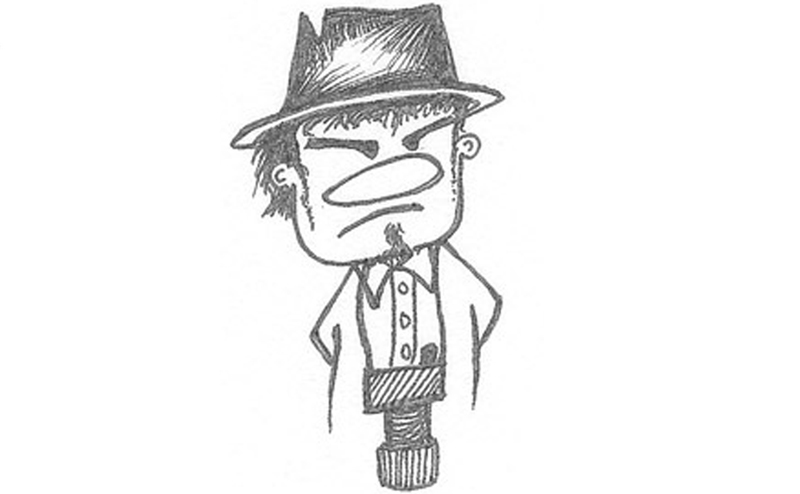 Feeling slightly overwhelmed by his fame, Clifford peered out from behind the kitchen curtain. Heavy snow started to fall, camera flashes could be seen in the distance. “Umm, there seem to be more reporters than yesterday my love. Maybe this snow will get rid of them.” Clifford noticed a shape in the distance; someone was walking across the car park towards the front gates!

“Dorothy?” Yes, it was Dorothy! She had snuck out and was walking through the snow towards the crowd of reporters! In her hands she held a tray containing a large supply of tea and bacon sandwiches, a breakfast Clifford had thought was for him! 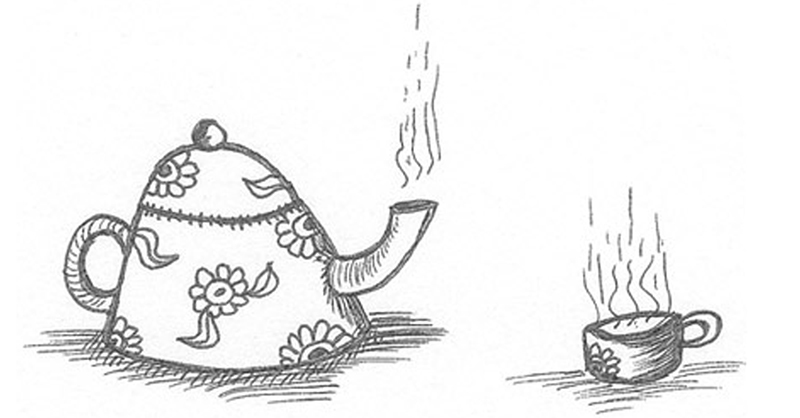 “Look!” said one of the reporters, “someone is coming!” More cameras flashed as people tried to get a better look. “Roll up roll up! Today is the day you meet Tina, the eighth wonder of the world,” Dorothy announced to the crowd. “Eat your rolls and drink your tea – prepare to be amazed!”

Clifford watched from the comfort of his kitchen, not really sure what to expect next. Dorothy made her way towards the turkey compound and began to open the large delivery room doors. Silence fell across the land, cameras stopped flashing and the birds stopped singing as Dorothy entered the barn. 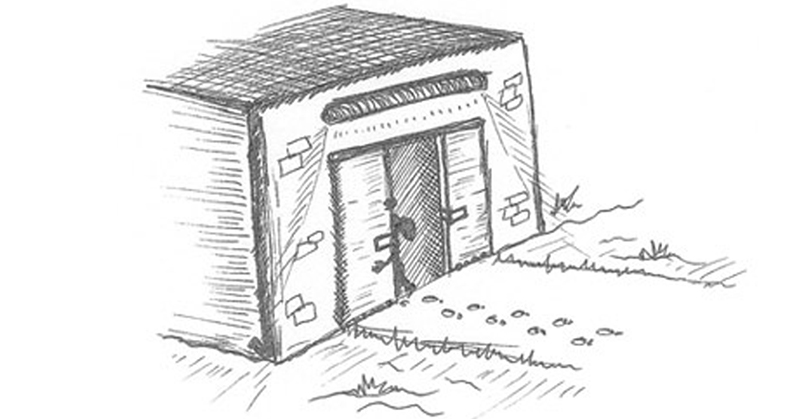 Moments later, out into the snow stepped Tina. She was now the size of a small house and could only just squeeze out of the barn! Dorothy lead the way, guiding Tina towards the crowd with some exotic clover weed pellets hidden in her back pocket. 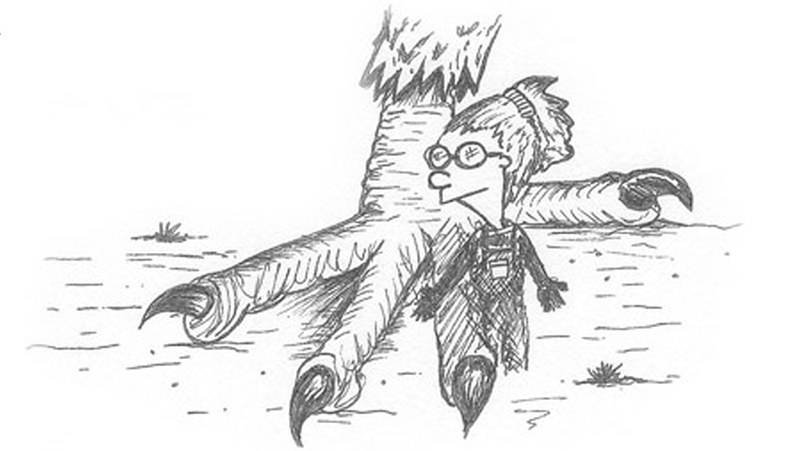 The crowd gasped! From a distance Tina looked like a prehistoric monster, able to eat up reporters for breakfast! As the sun rose and morning light grew stronger, Tina’s plumage and long wrinkly neck came into view. This was clearly front page news and Tina the Christmas Turkey was set to make the headlines! Journalists from all over the globe looked on in amazement as cameras flashed and Tina approached.

Uncertain of the outside world, Tina let out the loudest “Gobble Gobble” you had ever heard! It was so loud that everyone (including Dorothy) jumped into the air; most of the crowd ran for cover, whilst others froze, too frightened to move. 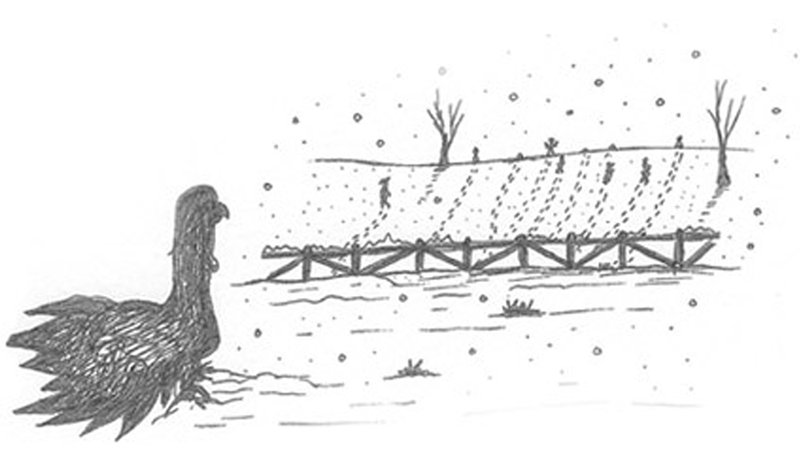 “Keep calm everyone!” shouted Clifford as he ran outside to get Dorothy. At this point Tina was patrolling the car park (up and down, up and down) looking for a way out! Clifford waved his dressing gown around his head, “Tina, get back into the barn you crazy bird!” 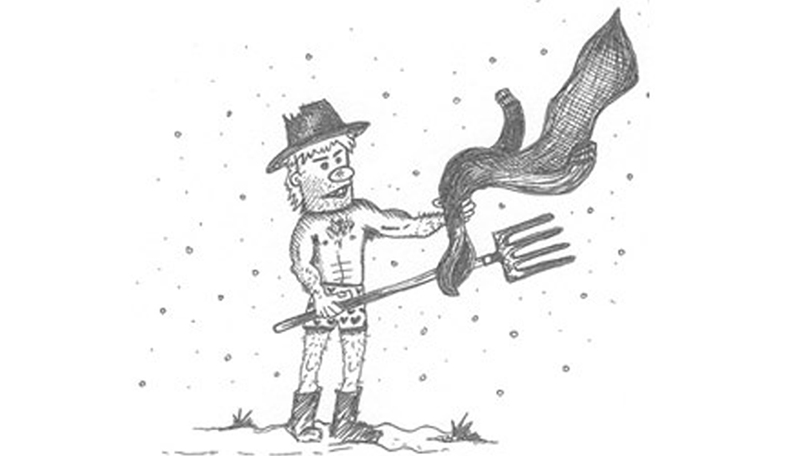 Tina looked down at Clifford and Dorothy, a flappy piece of skin hung over her beak and waved in the air. “She is getting bigger!” Clifford screamed in Dorothy’s ear as they huddled together in fear. The more Tina gobbled and paced up and down the car park, the bigger she seemed to get! In a matter of minutes Tina had grown bigger than the barn that housed her!

Clifford and Dorothy dashed back into the house, locking the door behind them. “What have I done?” wailed Dorothy. All of a sudden the front door swung open as Tina let out another loud gobble gobble that shook the house they hid in. 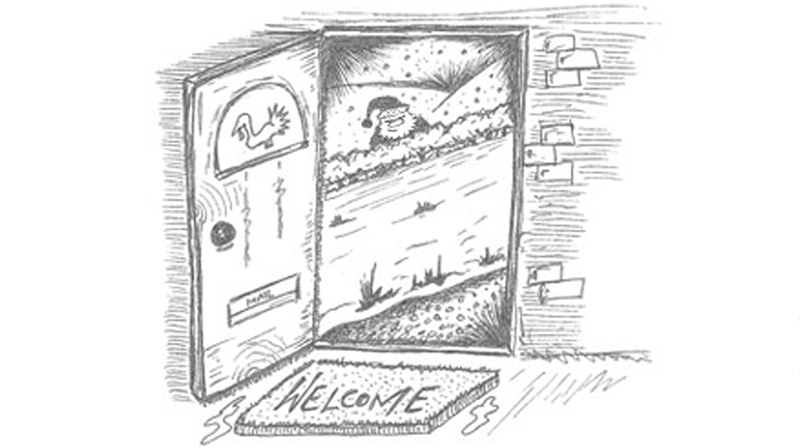 Moments later – once the commotion outside was over – all fell silent. Clifford and Dorothy walked out through the open door onto their snow covered car park. It was empty! The reporters had vanished and so had Tina! Their giant turkey had escaped!

Weeks past by with no sign of Tina. Search parties and wanted posters littered the valley. The snow fall was heavy that winter and it was rumoured that people went missing. Was it the cold weather? Did Tina eat them? To this day, no one really knows… 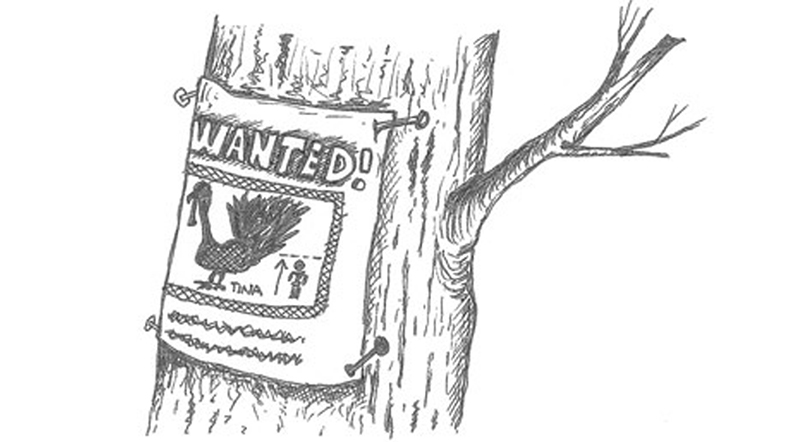 The town folk claim that Tina escaped into the mountains and is occasionally seen by those who pass over it. Scientists believe she shrunk back to a normal turkey size, or maybe even smaller – an extraordinary side effect of the moo-turkey-compost!

Flabbier Turkeys Limited ceased trading soon after Tina escaped. When interviewed, both Clifford and Dorothy told reporters what they thought had happened to Tina… 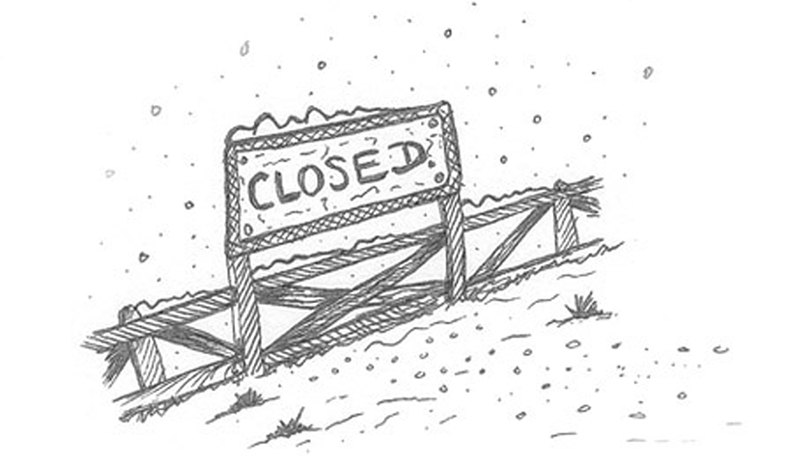 Sitting on the sofa of a popular TV chat-show, Clifford re-lived that morning along with several million viewers. “Well, Tina was overwhelmed by all the flashing lights – did you know turkeys don’t even like Christmas trees?” explained Clifford, continuing, “when our front door blew open, we dived to the floor. I opened one eye to see what was going on and there she was – taller than two barns put together! Clifford paused to catch his breath. “then, the fleshy flap of skin that hung over her beak turned bright red and started glowing. It got so bright that I had to cover my eyes!”

The TV presenter looked at his guests, excited to hear what happened next. Clifford sipped his glass of water and proceeded. “When the bright light faded we went outside to take a look and Tina had gone!” 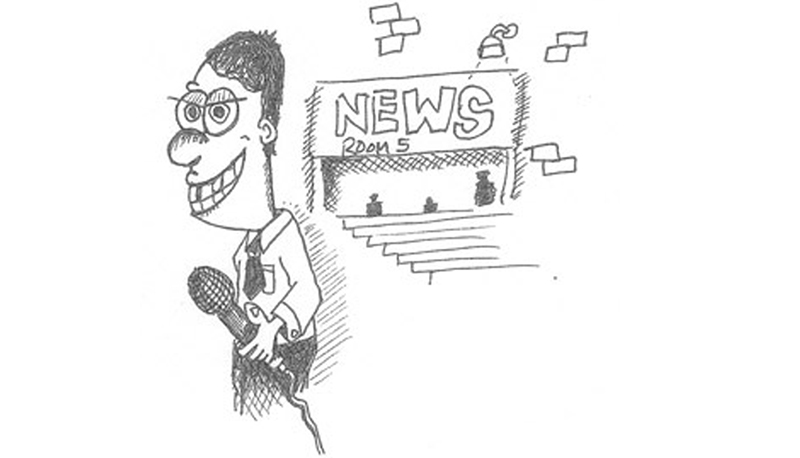 “So what do you think happened to Tina Mr Flabbier?” the TV presenter asked, excitedly. Clifford thought long and hard. “Well, my father once spoke of a very special turkey. Like Rudolf it had a red glow and it helped to deliver all the gifts on Christmas Eve….” The presenter frowned whilst members of the crowd and camera crew started to chuckle. “So you are telling seven million viewers that Santa himself came down and took Tina?” Clifford nodded his head wisely, before adding “they do say Tina is the future of Christmas transportation!”

Nobody heard from Clifford and Dorothy after that night. It was as if they too had disappeared. Rumour has it that they are to this day busy working with Santa to help train Tina, a new breed of super turkey to deliver gifts faster than any reindeer! The legend of Tina the Christmas turkey lives on and just occasionally children listening intently will hear a “Gobble Gobble” on Christmas Eve…

Hello! Thank you for visiting my website and reading this story, it means a lot! Please email me if you have any questions, or message me via social media.

I wrote and illustrated this children’s book for my first born Isaac Ryan Ward back in 2011! I wanted to create something fun and unique for him. Each page within this children’s storybook contains an illustration and some rhyming text to accompany it. What will Montgomery find on his travels and will Teddy conquer his…